The terror of Freddy's is back 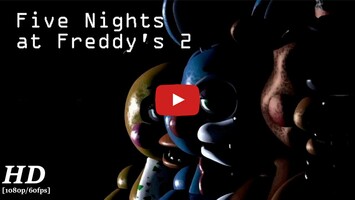 Advertisement
Five Nights at Freddy's 2 is a first-person horror game where you go back to working at the famous Freddy Fazbear's Pizza, where some pleasant robots entertain the little kids during meals. The problem is that these robots behave rather strangely during the night.

Your job consists of keeping an eye on Freddy and his friends during the night through the security cameras. That said, because of a budgeting problem, you'll have a limited amount of electricity that you can use each night, and if you run out, well, you'll be at the mercy of Freddy and his friends, which in the second part are more numerous and aggressive than ever.

The controls in Five Nights at Freddy's 2 are very simple: at any moment you can close the room's security doors to protect yourself, although this consumes a lot of electricity. You can also switch security cameras, which consumes a bit less energy.

Five Nights at Freddy's 2 is a horror game that despite its rather abnormal premise manages to give more than one good fright. In the free trial, you'll only be able to play the first night, but that should be more than enough to get a taste of the terror and shocks awaiting you in the full game.
Reviewed by Andrés López

When was Five Nights at Freddy's 2 released?

Five Nights at Freddy's 2 was released November 11, 2014. Developed by Scottgames, the success of its launch led to its release on all other platforms, from consoles to Android.

Who is the protagonist of Five Nights at Freddy's 2?

The protagonist of Five Nights at Freddy's 2 is called Jeremy Fitzgerald, a security guard hired by the Freddy Fazbear's Pizza establishment to watch the place at night, when the robots come out to play.

How many animatronics are there in Five Nights at Freddy's 2?

I love fnaf but how do you spell it?

What a nice game

So nice the game reminds me of the time when I was younger and animatronics scared me and when I play, I win with my friends on the computers when we were in classes xd n 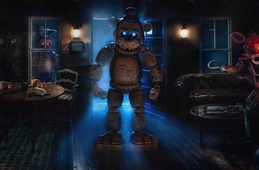 Nov 26th, 2019 The saga Five Nights at Freddy’s is back in the form of an AR game
Advertisement

It may interest you

Similar to Five Nights at Freddy's 2

Cotton Candy Shop
Mafia42
Figure out or try to hide who the mobster is
netboom
Play PC games from the comfort of your Android device
My Town Hotel
Create your own settings in this hotel
My Town : School Free
You've never been to a school like this before!
My Town Grandparents House
The best virtual dolls house, grandparents house edition
Colorscapes
Relax and color by numbers
My Town : Firestation Free
These firefighters need your help